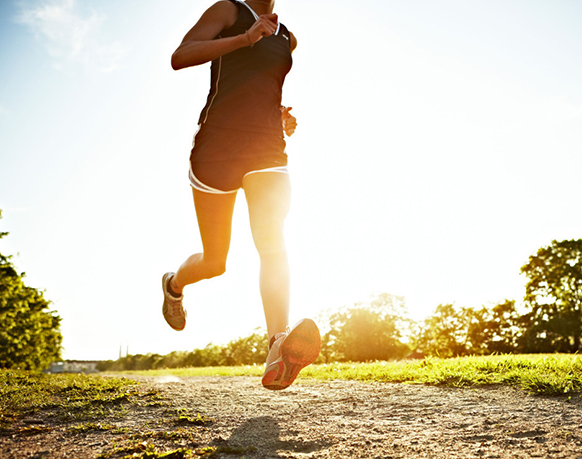 I recently had a tough conversation with one of my clients. She is relatively new to running and fitness in general. After a long break she joined my training program about 4 years ago. She started off doing our boot camp style classes, and after a couple of years set herself a goal to run her first 10klm fun run. That was about 2 ½ years ago. She has since completed 10 fun runs, including ½ marathons, 15k runs as well as more 10k runs.

Recently she was aiming to run a 3 min PB for her ½ marathon in October. She’d been running well this year but in July she started to get some heel pain that affected her training. She had the heel pain treated but she lost a couple of weeks of important training where she could run as fast or as long on her training runs.

We sat down a couple of weeks before the ½ marathon to assess where she was at and how she was feeling. He heel pain had disappeared and she was running freely again. She was still keen to do her 3 min PB but I also had to remind her that she had missed some important training and this could affect her time. But she, like most runners, didn’t like being told that so the only goal for her was to make her 3min PB.

Come race day the weather wasn’t great it was blustery and hot and the course is a very open goes so there is little protection from the sun and wind. In short given all the obstacles she did an amazing job, she knocked 15sec off her PB for the ½ marathon………. But she wasn’t happy, she was devastated to be honest.

No matter how much I spoke to her she wasn’t going to accept that she had run well. She had her heart set on the 3min PB and in her eyes anything less than that was a failure.

Given her devastation I thought it best to leave her as she was getting quite agitated that no one saw what she did as a failure. The day after the run I got in touch with her to see how she had pulled up and how she was feeling. She simply said that she wasn’t going to run her next planned ½ in December. She wanted to rest for the remainder of the year and not put any pressure on herself.

I left her for a couple of days and didn’t discuss her decision as she was clearly still upset about her run. It wasn’t until I saw her at a training session later that week that I spoke to her about the December ½ marathon. She wanted to do this particular half because its main aim was to raise funds for breast cancer research and this was a cause that was close to her heart.

After a bit of discussion she decided that she would do the December run but wouldn’t be focusing on her time but it was about running for the cause. I agreed.

The morning of the December run comes and it’s a perfect day, warmish but not hot and still! We caught up with each other before the run and we spoke about how perfect a day it was, she said that she was feeling good which was great. When I saw her again this time at the start line she gave me a wink and a smile to say that she was going to have a crack at her PB.

She did it!! Improved her ½ marathon time by 3min15sec. On the day where she had put no pressure on herself she smashed her PB time.

The moral of this story is that humans are living beings and if professional runners can’t manage to run a PB each and every time they go out and run then how can us the weekend pavement pounders expect to do it? The other thing to remember is that everything we do today will help us achieve her goals, even a bad run. In my client’s case the bad ½ marathon in October probably helped her to run her 3min PB in December.

The only bad training session is the one you miss!!